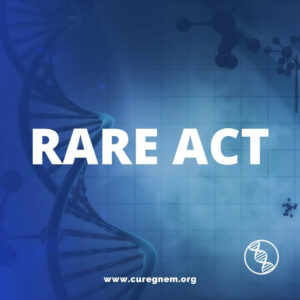 The Neuromuscular Disease Foundation (NDF) is proud to be among the eighty five advocacy organizations representing people living with rare diseases that recently came together in support of the rare disease community to urge the Senate to include the S. 4185, the RARE Act, in the FDA Safety and Landmark Advancements Act ( FDASALA). This legislation has significant repercussions for the rare disease community, and together, we made our voices heard. Our final sign-on letter in support of S. 4185, the RARE Act, as introduced by Senators Baldwin and Cassidy, will be included in the FDASALA manager’s amendment.

We are proposing that the RARE Act should clarify the original intent of the Orphan Drug Act (ODA) and codify the Food and Drug Administration’s (FDA) long-standing interpretation of that landmark law, to protect and ensure continued progress in rare disease drug development. The NDF and 84 other organizations stepped in, as we feel that it is our duty as advocates of rare disease patients to preclude the possibility of the Government leaving some rare disease patients, including children, or those with less common variations of a rare disease, without access to an FDA approved treatment that has been proven safe and effective for their specific circumstances and/or condition.

The reasons why the NDF feels impelled to act alongside peer organizations in support of the RARE Act being included in the developing legislation are many, including:

We are proud of the efforts and progress that the rare disease community has made thus far on the RARE Act, but there is still more to do!

If you would like to help: If you have relationships with Democrats or Republicans on the Senate HELP Committee, and you would be willing to reach out to share your support for Senator Baldwin’s amendment, that would be incredibly helpful toward ensuring that the RARE Act will remain in effect in the final version of the FDA Safety and Landmark Advancements Act (FDASALA).

Thank you to everyone for joining us and taking action!