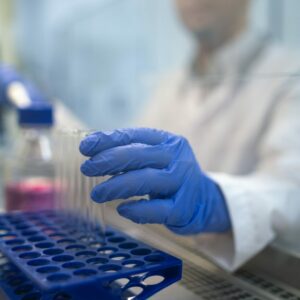 For individuals whose families carry genetic diseases such as GNE Myopathy (GNEM), genetic screening is the best-known tool for increased awareness among carriers of the gene mutation responsible for causing GNEM onset, as well as reduction of unintended transmission of GNEM from one generation to the next. In an upcoming The Fertile Life podcast, Dr. Shahin Ghadir, Specialist and former NDF Board Member, talks with NDF’s Emotional Wellness Director Carol Gelbard, LCSW, about genetic testing and its role in informed family planning.

Do you feel up-to-date on the fundamentals of genetic testing? Let’s review the basics!

Who should be screened for genetic diseases?

The simple answer is that everyone who is related to a carrier or a person affected by genetic disease and everyone who plans to have a family should be screened. Although the chances of having a child with a genetic abnormality is usually small, persons of certain ethnic and geographically defined groups can have higher than average chances of passing on specific genetic disease. GNE Myopathy (HIBM) has been disproportionately found to affect people of European, Middle Eastern, and Asian descent.

When should I get screened?

The best time to be tested for genetic diseases is before you plan to get pregnant.

Pre-conception carrier screening is a genetic test that can determine whether or not you carry a gene for certain genetic disorders. In the case of GNE Myopathy, genetic screening can tell you if you have a mutation in the GNE gene, which can cause the disease.

What does it mean to be a “carrier”?

A carrier is a person who has a mutation in one of two copies of a particular gene. Because carriers have a second, working copy of this gene, they will not develop symptoms of the disease, but they can pass the mutated gene to their children.

Giving birth to a child with GNE Myopathy is only possible when BOTH parents are carriers of the mutated gene.

Okay, We’ve Been Screened. Now What?

Before the advent of genetic testing, parents had to simply wish for the best, when bringing their children into the world without the burden of a genetic condition. Nowadays, for most parents, the question is: Once I know whether I’m a carrier, what can I actually do about it? Fortunately, the answer is: quite a bit!

“Because only unaffected embryos are transferred to the uterus for implantation, preimplantation genetic testing provides an alternative to current post-conception
diagnostic procedures (i.e., amniocentesis or chorionic villus sampling)”. This means that parents who have a known genetic abnormality can still avoid a high risk of having their child affected with a genetic disease.

This is a fascinating subject, and one that Carol Gelbard discusses in detail with Dr. Ghadir in this upcoming podcast. If you are family planning, or simply wish to learn more about how to prevent passing genetic diseases to the next generation, be sure to tune in!