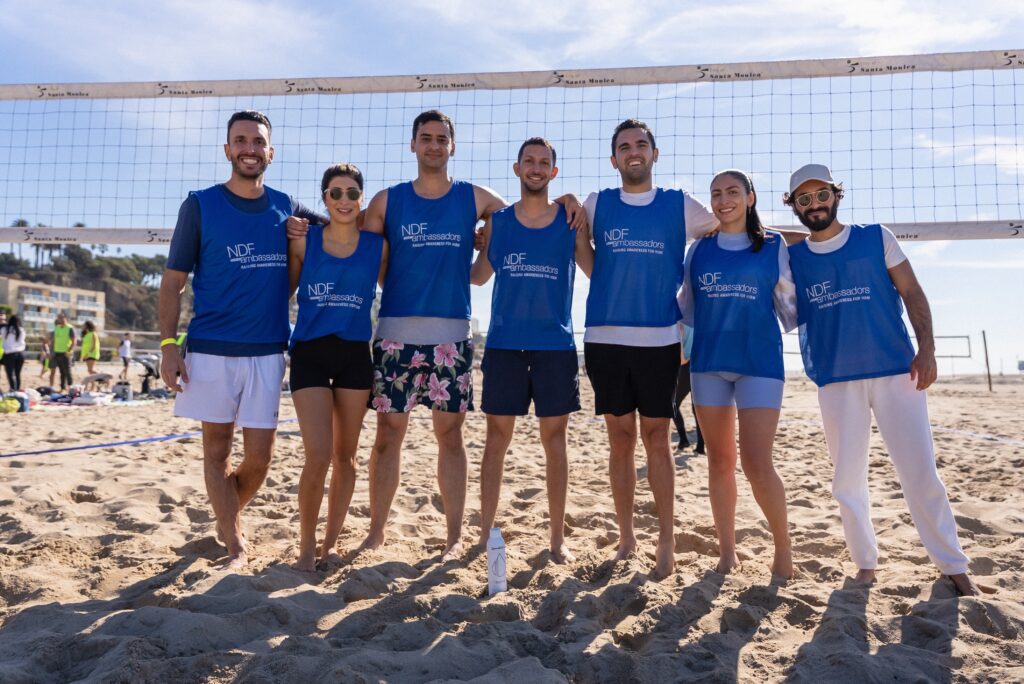 The community of GNEM (GNE Myopathy) patients and families we are happy to support at NDF have long understood the unique challenges of advancing science to effectively treat and halt GNEM. The term “rare disease” is ubiquitous in public conversation around GNEM, despite this genetically inherited condition impacting several communities in many countries. As a condition that affects every part of patients’ daily activities, the foremost obstacle to raising funds and the public support needed to drive life enhancing research and drug development is an overall lack ofawareness among the general public about this disease. Enter NDF’s Ambassadors. A unified group of motivated young professionals who are driven to make a difference in their community and to those impacted by GNEM, the NDF ambassadors have set their sights on a primary goal: to raise awareness and educate the public about the positive impact that early geneticscreening can have on the lives of affected individuals and carriers.

For those whose families carry genetic diseases such as GNE Myopathy, genetic screening is the best-known tool to reduce the unintended transmission of GNEM from one generation to the next. By focusing their efforts on increasing the number of prospective carriers who will get genetic screening for GNEM, NDF ambassadors are making a helpful mark on the next generation, as well as empowering would-be parents and young couples to engage in conscious and informed family planning, a luxury that science only recently made available to prospective carriers. In past generations, parents-to-be from families that carried GNEM had to roll the dice and hope for the best when welcoming a new family member, but not so today.

Now, pre-conception carrier screening (a genetic test) can determine whether or not you carry the gene for GNEM. The test can tell you whether you have a mutation in the GNE gene known to cause the disease. Giving birth to a child with GNE Myopathy is only possible when BOTH parents are carriers of the mutated gene, so for couples planning to have children, a simple screening can provide helpful knowledge to assist with family planning. Even more heartening is the science that facilitates parents relying
on preimplantation genetic diagnosis (PGD), to screen viable embryos prior to implantation. This is a fancy way of saying that parents who have a known genetic abnormality can still avoid a high risk of having their child affected with a genetic disease.

Daniel Beroukhim, co-chair of NDF Ambassadors, says that after his first NDF dinner event, he felt impelled to become involved in the organization and its cause. “I chose to become an ambassador because I knew that I could help make an impact in our community. NDF serves our community in a unique, yet truly important way. I wanted to do my share to raise awareness for HIBM, also known as GNEM, and genetic testing for young adults, while bringing our community together through fun and engaging events,” Beroukhim says.

When asked about the ambassador group’s efforts to promote genetic screening particularly among a younger generation, Beroukhim mentions that “NDF has worked to eliminate the stigma around genetic screening and promote opportunities for conversation. Our goal is to educate our community so that they understand that screening for GNEM is just like screening for any other medical condition. The more knowledge we have about our own bodies, the better we can care for ourselves and future generations”.

The NDF ambassadors have had an eventful 2022, having coordinated several community events that garnered public attention, raising awareness around GNEM and the need for genetic screening. “We delivered challah baskets to newlyweds; we hosted a boxing event at RUMBLE gym; we held a private mother/daughter dance class; and, my personal favorite: we hosted our 2nd annual beach volleyball tournament!” he notes. It’s clear from his enthusiasm that Beroukhim is pleased to have contributed to the group’s successfully raising funds for research and creating an environment where people can learn and understand more about GNEM.

When asked whether he has observed any impacts of his work with the NDF ambassadors, Beroukhim smiles confidently. “We no longer need to talk about GNEM in hushed voices,” he says, “and our community has learned so much about the resources available to them. When I hear from young couples that they opted for genetic screening because of what they learned through NDF, I know we are doing our jobs well”. Indeed. 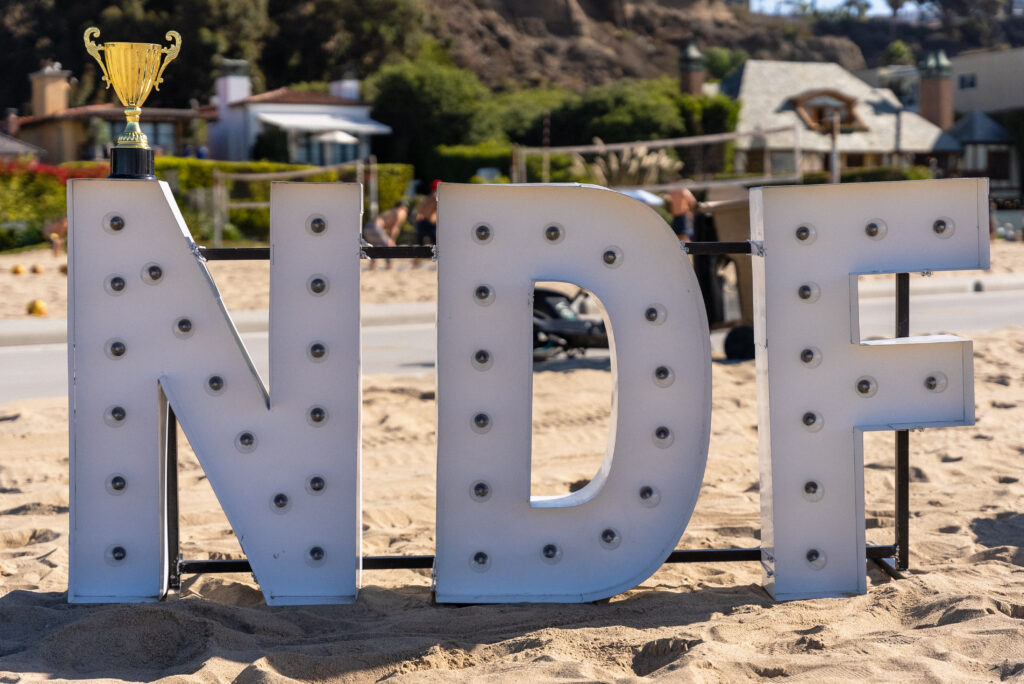 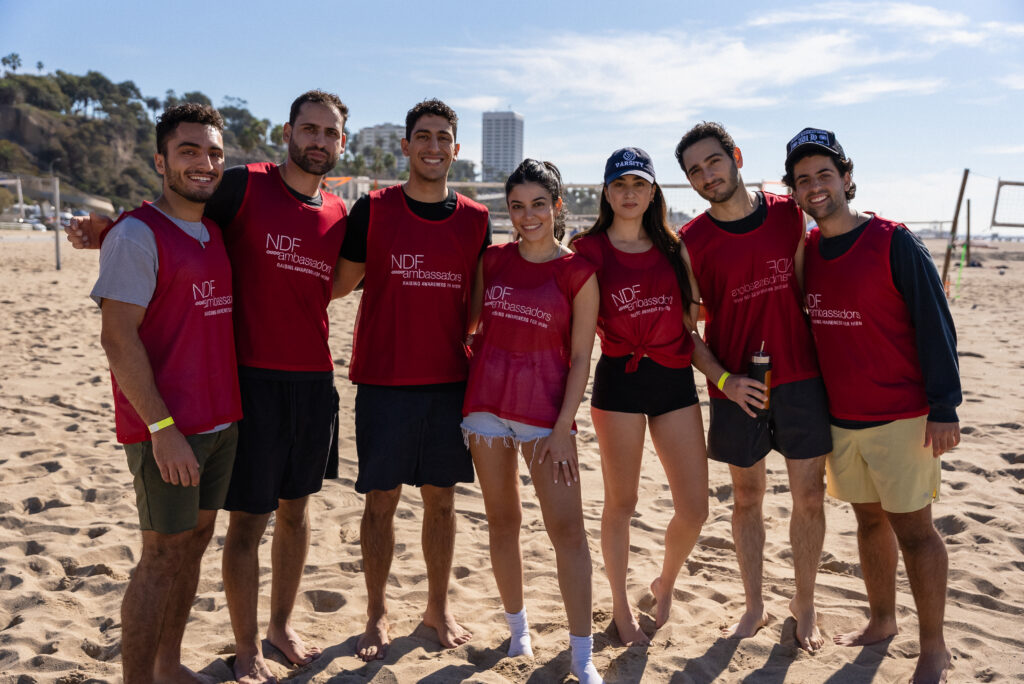 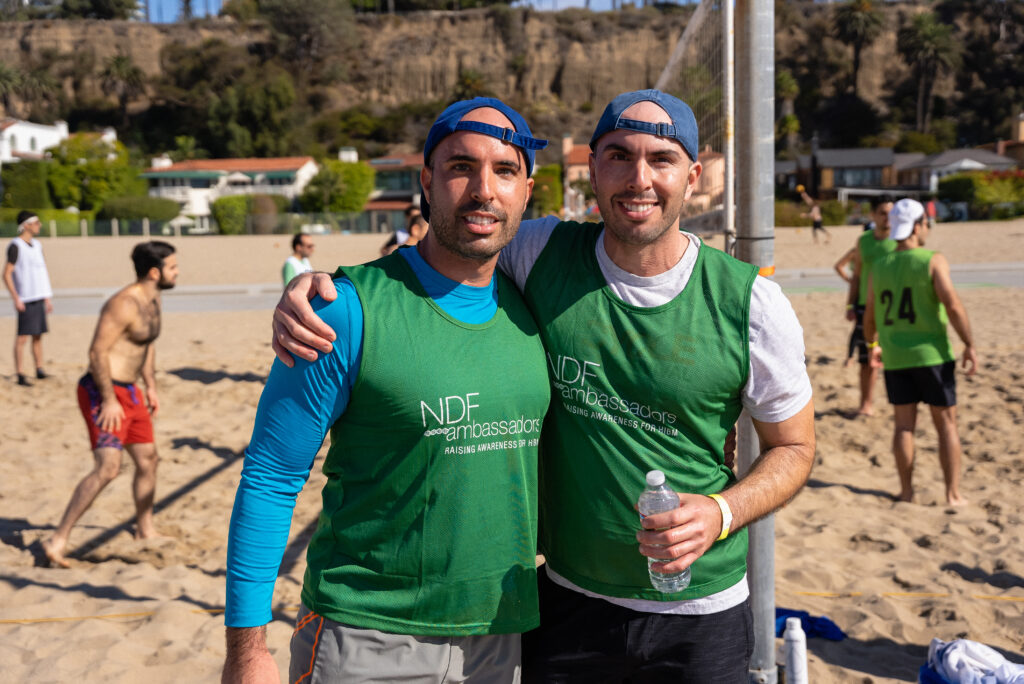 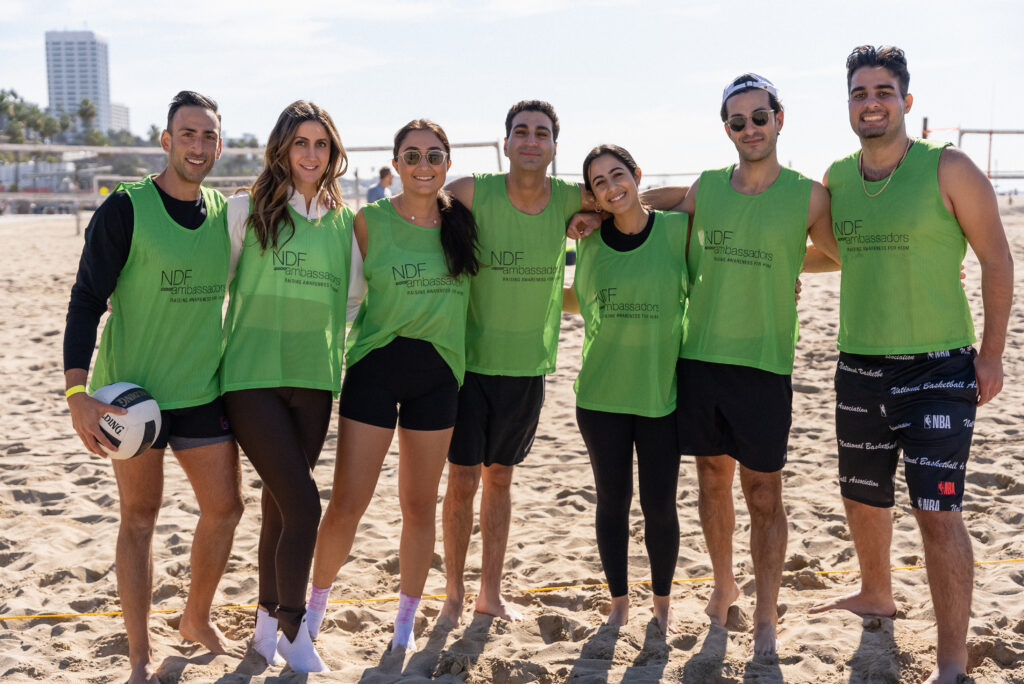